When you first walk into a music store, what is the first thing you see? What’s sticks out from the collage of artwork? Below is a collection of 20 minimalist album covers we think stand out from the bunch with it’s brilliant use of minimalism.

If you are inspired by the below, check out the free album cover maker Adobe Spark, with lots of online templates to get started!

All album descriptions are (literally) copied and pasted from Wikipedia for a tad more insight on the album and design if mentioned. Cheers Jimmy Wales;) xx is the first studio album by English indie rock band The xx. Produced by the group themselves, it was originally released by Young Turks Records on August 17, 2009 in the United Kingdom and was released on October 20 in North America. I Love You Dude is the second album from German electro duo Digitalism. It was released on 20 June 2011. Metallica, informally known as The Black Album, is the fifth album by the American heavy metal band Metallica, released August 13, 1991 through Elektra Records. This minimalist album covers features the band’s logo, angled against the upper left corner, and a coiled snake (derived from the Gadsden flag) on the bottom right corner, both in a dark shade of gray in order to be made out against the black background. The motto of the Gadsden flag, “Don’t Tread on Me”, is also the title of a song on the album. The cover is reminiscent of Spinal Tap’s Smell the Glove album, something the band jokingly acknowledged themselves in their A Year and a Half in the Life of Metallica documentary (where members of Spinal Tap appeared and asked them about it). Avenged Sevenfold is the fourth studio album by American rock band Avenged Sevenfold, released on October 30, 2007 through Warner Bros. Records. The album debuted at number 4 on the Billboard 200. On September 23, 2008, the album was certified Gold by the RIAA. 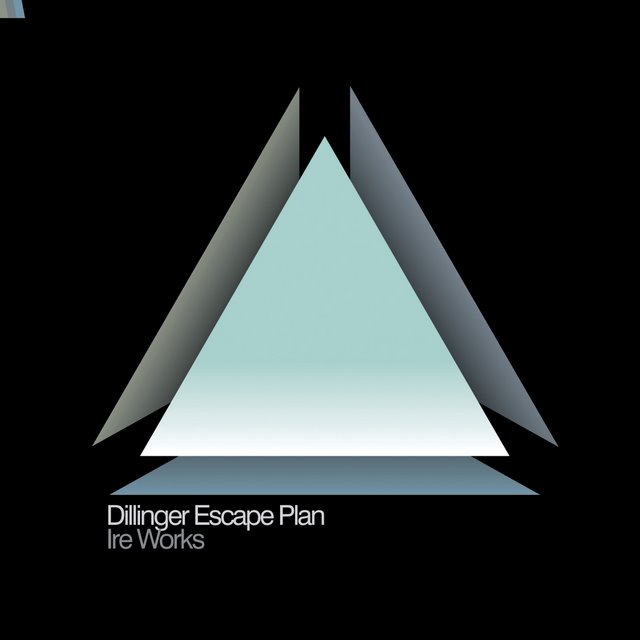 Ire Works is the fourth album by American mathcore band The Dillinger Escape Plan. The seemingly meaningless coloured blocks found in the cover booklet can be deciphered with either the input box at or the coloured blocks on the back cover, which are arranged as the alphabet. Once deciphered, the code reveals a message, including a number of well known quotes by eminent individuals such as Arthur C. Clarke, Henry Thoreau and Richard Dawkins. The Information is the tenth (and seventh major-label) studio album by American alternative rock musician Beck, released in October 2006 on Interscope Records. The album was issued with a blank sleeve and booklet and one of four different sheets of stickers for fans to make their own minimalist album covers. Beck explained to Wired magazine he wanted no two copies of the CD cover to be the same: “The artwork is going to be customizable. The idea is to provide something that calls for interactivity.” However, because the album art concept was seen as a gimmick to bolster retail sales, The Information was deemed ineligible to enter the UK Albums Chart. The Dark Side of the Moon is the sixth studio album by English progressive rock group Pink Floyd, and was released in March 1973. The album was originally released in a gatefold LP sleeve designed by Hipgnosis and George Hardie, and bore Hardie’s iconic dispersive prism on the cover. Hipgnosis had designed several of the band’s previous albums, with controversial results; EMI had reacted with confusion when faced with the cover designs for Atom Heart Mother and Obscured by Clouds, as they had expected to see traditional designs which included lettering and words. Designers Storm Thorgerson and Aubrey Powell were able to ignore such criticism as they were employed by the band. For The Dark Side of the Moon, Richard Wright instructed them to come up with something “smarter, neater—more classy”. The prism design was inspired by a photograph that Thorgerson had seen during a brainstorming session with Powell. Progress is an album released by Rx Bandits on July 17, 2001 through Drive-Thru Records. The LP was originally titled Artificial Intelligence and the Fall of Technology. Ghost in the Machine is the fourth album by The Police, released in 1981. The cover art for Ghost in the Machine features a seven-segment display-inspired graphic that depicts the heads of the three band members each with a distinctive hair style (from left to right, Andy Summers, Sting with spiky hair, and Stewart Copeland with a fringe); the band was unable to decide on a photograph to use for the cover. Wire bonds can be seen on the original issue vinyl album cover, suggesting that the display is custom rather than merely seven-segment or perhaps is a photographic collage. The album’s cover is ranked at number 45 on VH1’s 50 Greatest Album Covers. The graphic was designed by Mick Hegarty. †, alternatively known as Cross, is the debut album of the French electro house duo Justice, released on June 11, 2007. Yes is the tenth studio album by English electronic duo Pet Shop Boys. The album sleeve was designed by Mark Farrow and Pet Shop Boys. The tick on the cover is made up of eleven coloured squares. It was inspired by German artist Gerhard Richter (who is referenced in the album’s opening track, “Love etc.”), specifically his 4900 exhibition at the Serpentine Gallery and the stained glass window in Cologne Cathedral.The album’s cover was nominated in the 2010 Brit Insurance Design Awards shortlist in the Graphics category. X&Y is the third studio album by English rock band Coldplay, released 6 June 2005 in the United Kingdom via the record label Parlophone. The minimalist album covers for X&Y was designed by graphic design duo Tappin Gofton, formed by Mark Tappin and Simon Gofton. The image, which is visualized through a combination of colours and blocks, is a graphical representation of the Baudot code, an early form of telegraph communication using a series of ones and zeros to communicate. The code was developed by Frenchman Émile Baudot in the 1870s, and was a widely used method of terrestrial and telegraph communication. The alphabet of the code is presented in the liner notes of X&Y, and if applied to the code of the cover image, reveals “X&Y”. The track listing, included on the booklet, CD, and back of the album, uses “X#” on tracks 1–6, and “Y#” on tracks 7–12, rather than the conventional track numbering system. This is a reference to the title of the album. Many pages in the booklet include photos of the band working on the album. The final page of the booklet contains the slogan “Make Trade Fair”, the name of the international organization which Chris Martin continues to support. The band dedicates the album to “BWP” that is presented also inside the liner notes; it stands for Bruce W. Paltrow, the late father of Martin’s wife, Gwyneth Paltrow. All singles released from the album feature their titles in the same code on their respective covers. Martin sometimes wears coloured tape on his hands while on stage, as a reference to the album.

Ready to get creative?

Make your own free album cover with Adobe Spark – it letts you use ready-made formatting and your own photos and graphics to create minimal album covers easily. How To Sell Art Online & Make Money from Your Passion